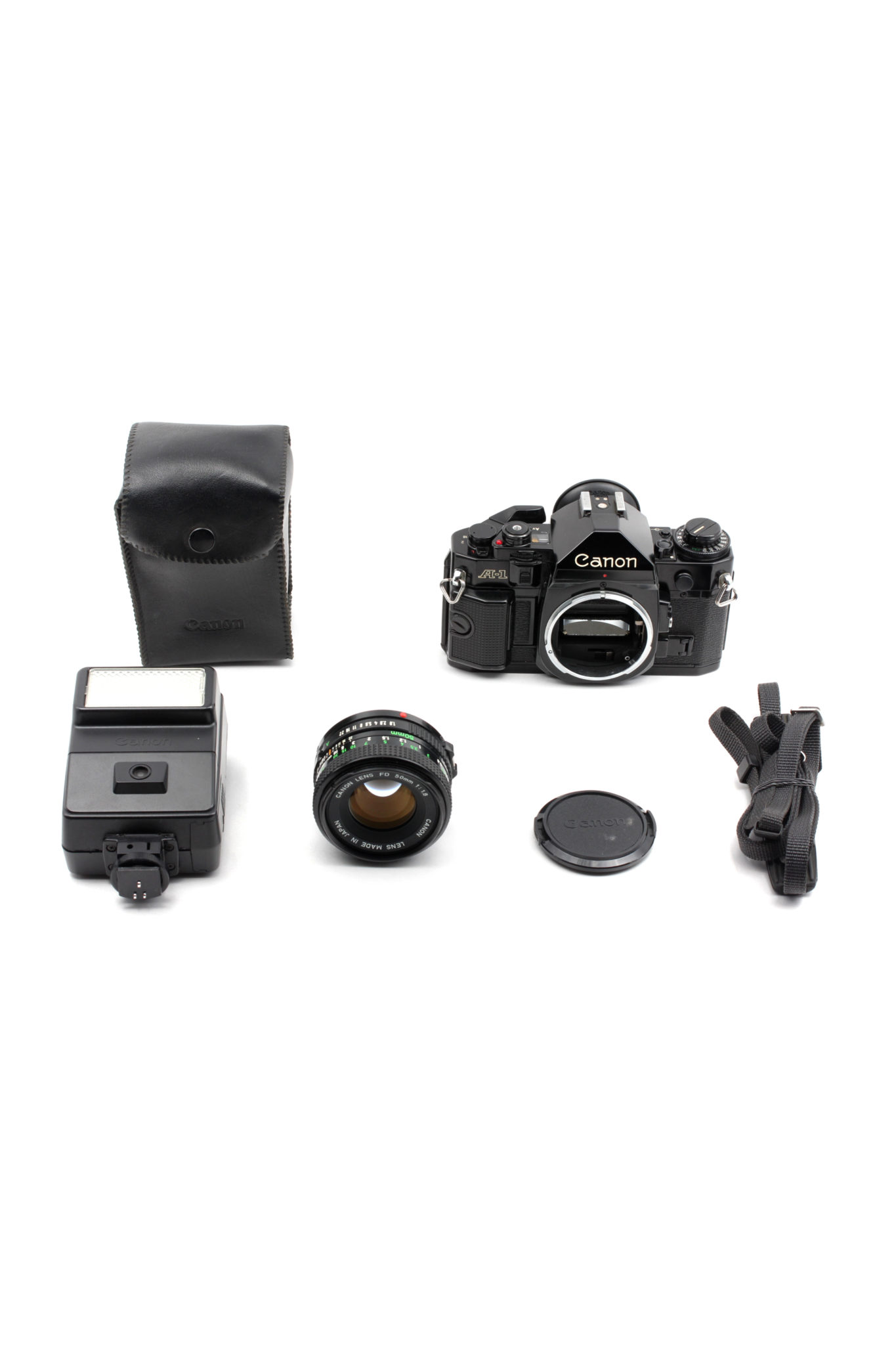 Back in 1978, canon launched their Canon A-1 film camera. The first camera to propose multiple functions in terms of metering like shutter speed priority, Aperture priority, Manual and finally the first of its kind full auto Program mode including a Flash mode as well. The new standard for consumer photography was born. 41 Years later, I still use this camera when shooting film. 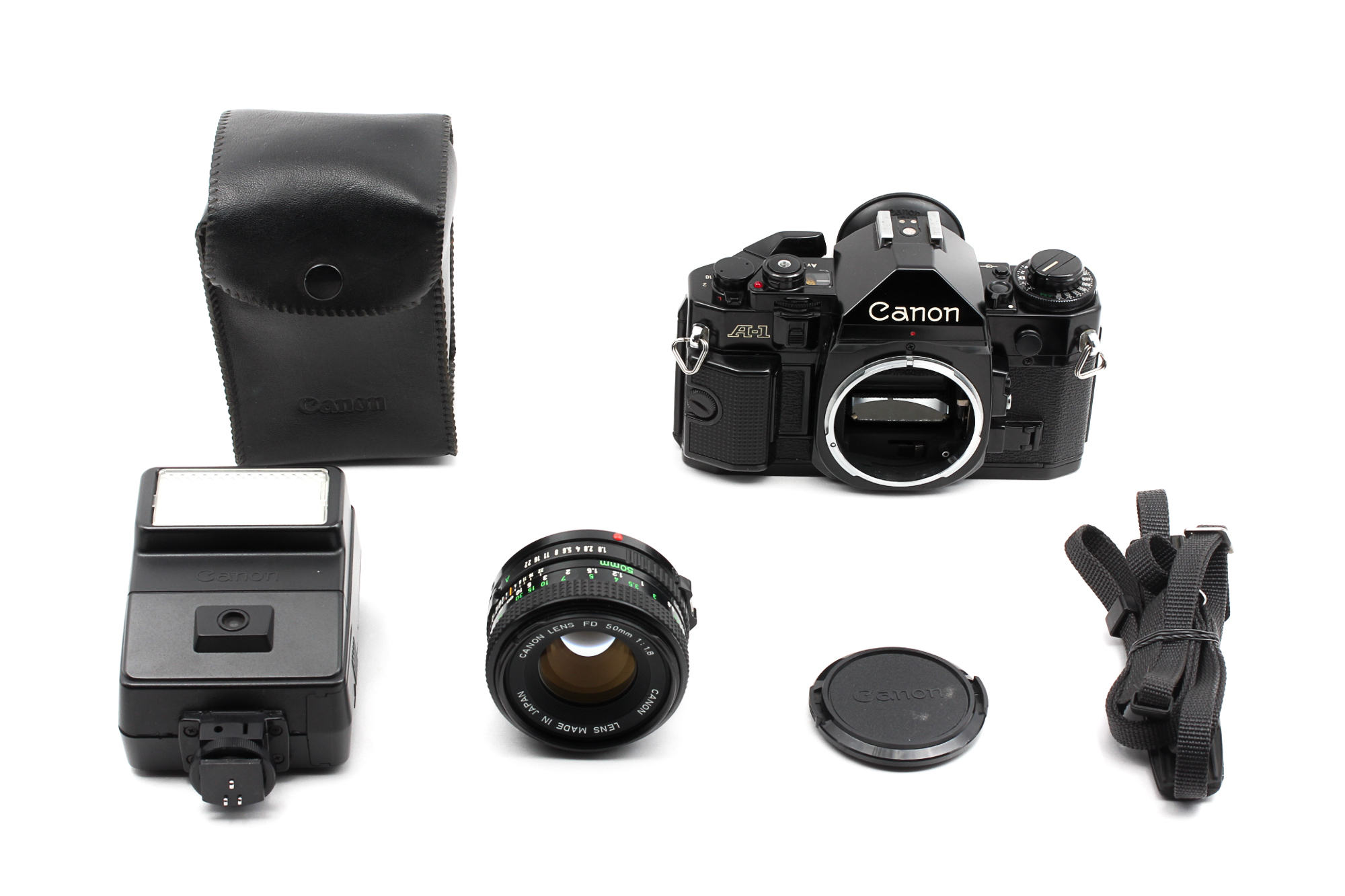 The canon A-1 was the first SLR to offer an electronically controlled programmed autoexposure mode. Instead of the photographer picking a shutter speed to freeze or blur motion and choosing a lens aperture f-stop to control depth of field (focus), the A-1 has a microprocessor programmed to automatically select a compromise exposure based on light meter input. Virtually all cameras today have at least one program mode. This camera has all the features modern camera have only improved. 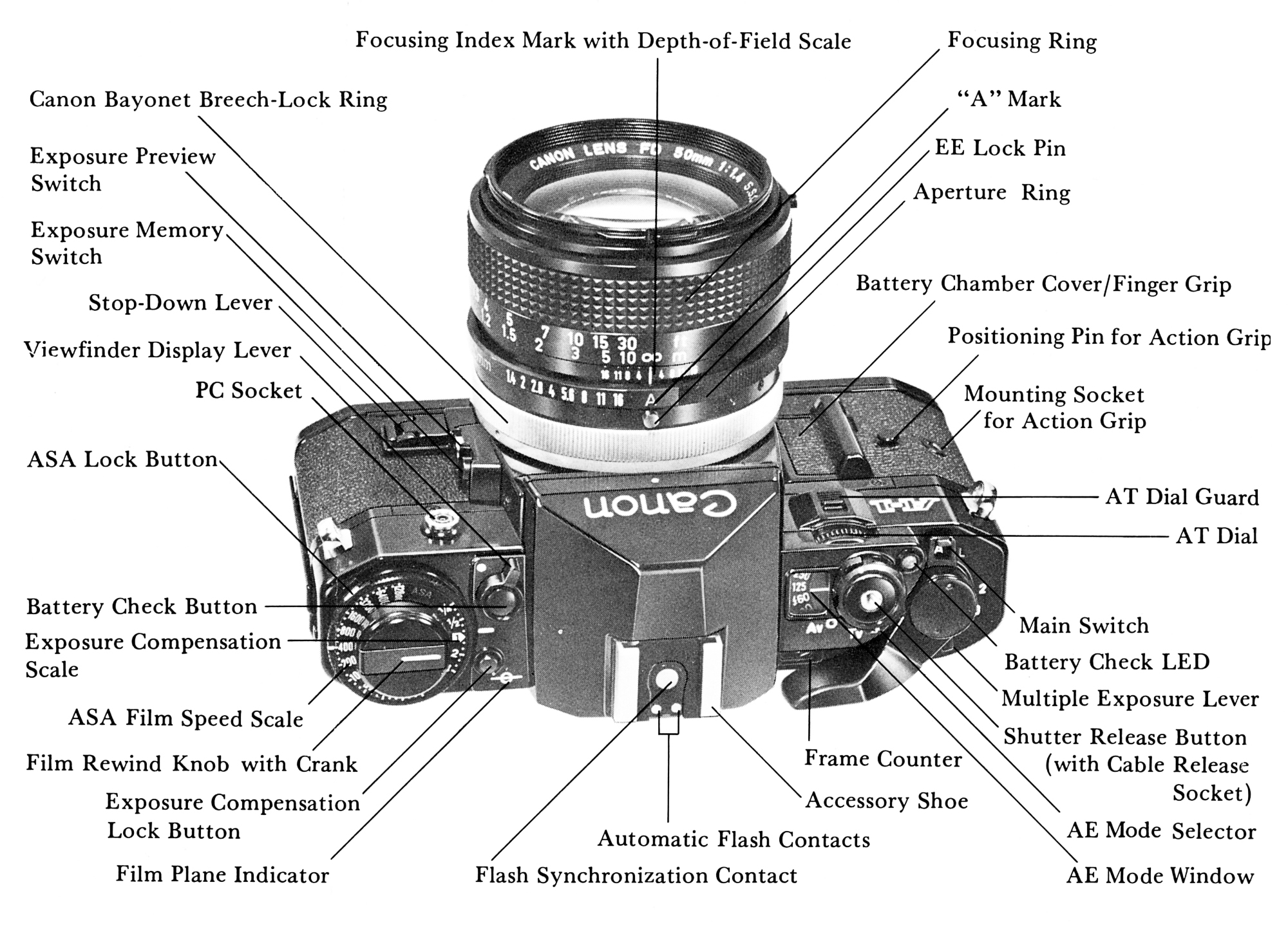 The body is aesthetically pleasing, compact, boxy while remaining pretty ergonomic while adding the grip. 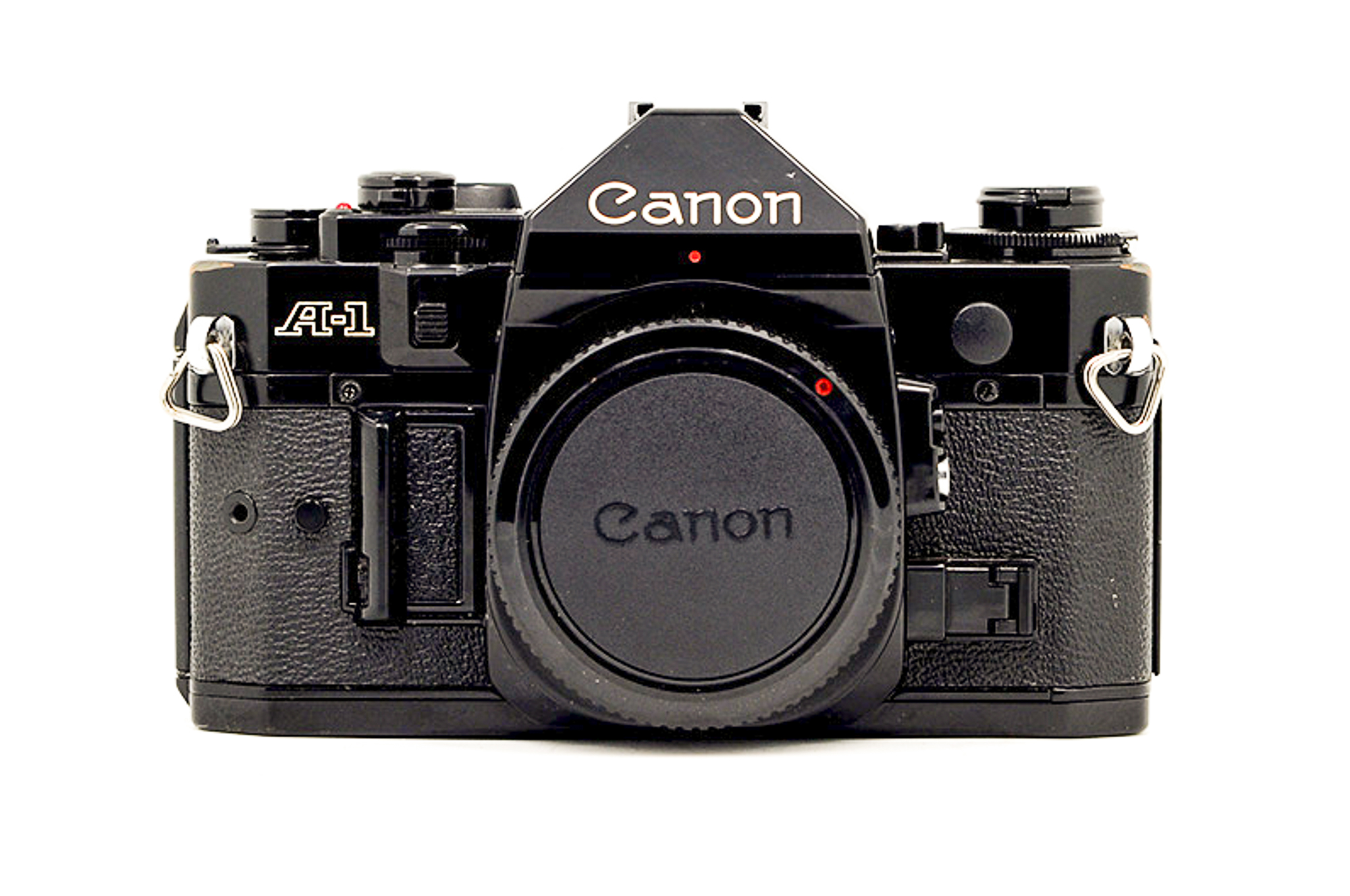 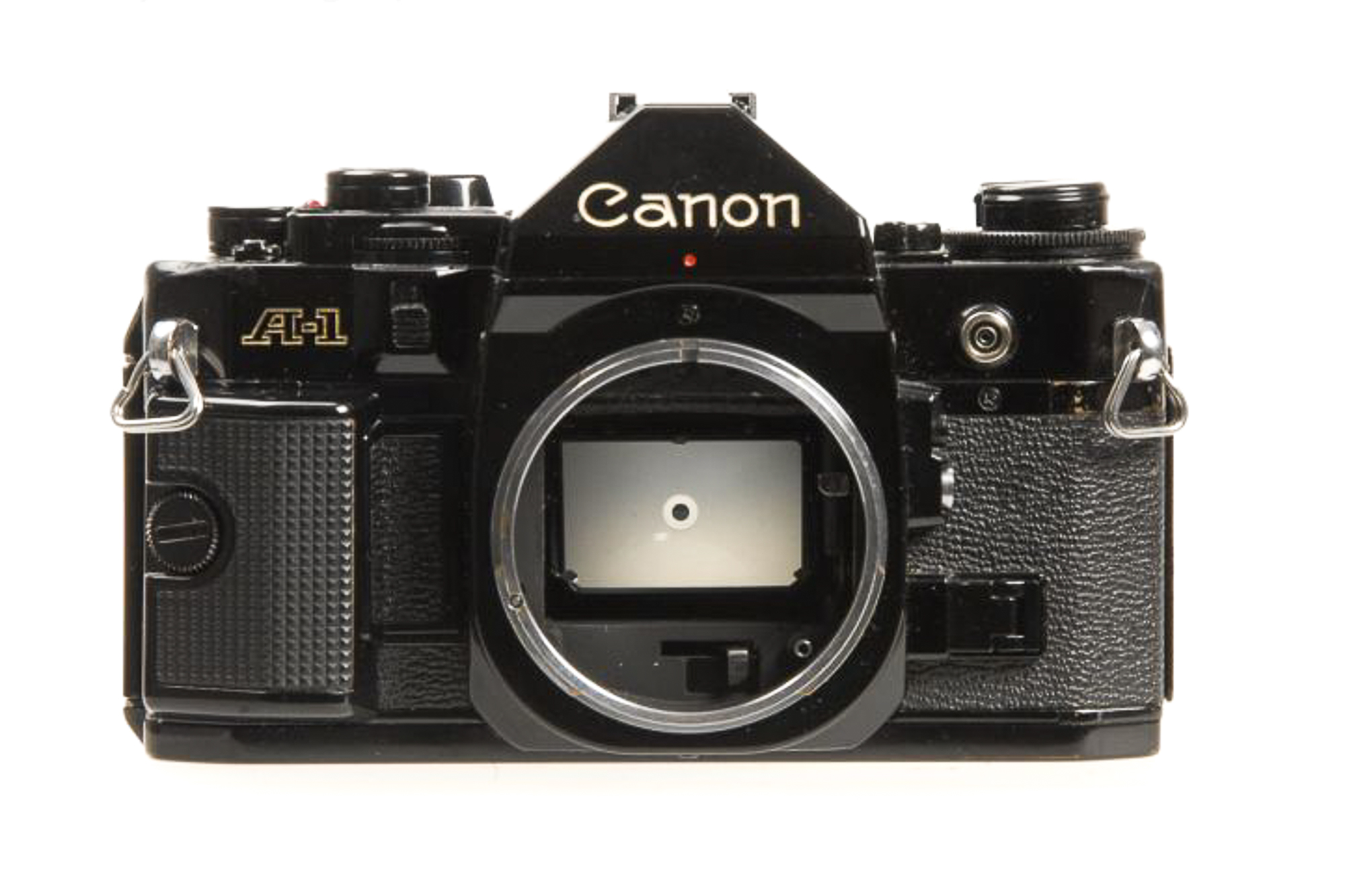 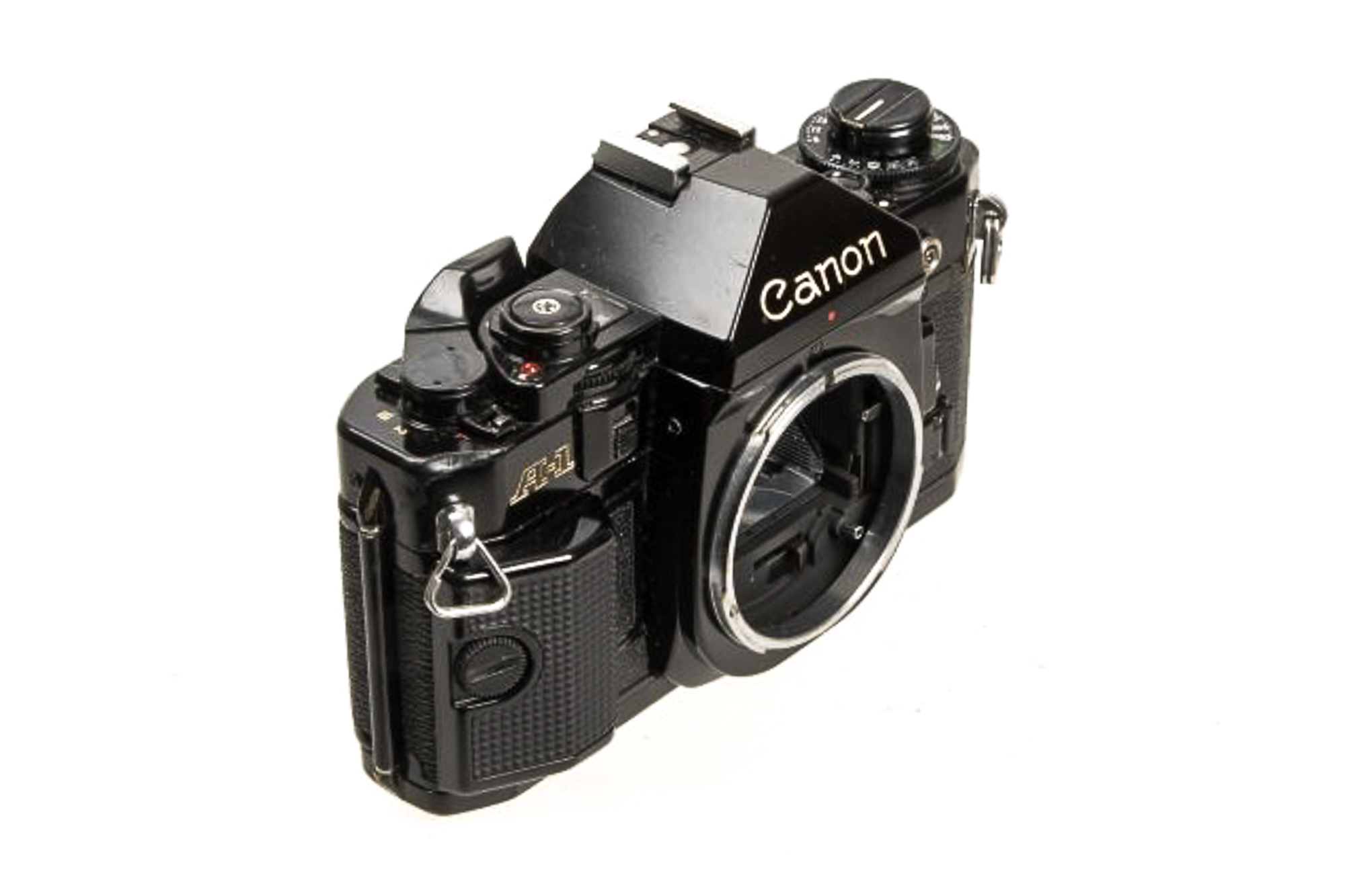 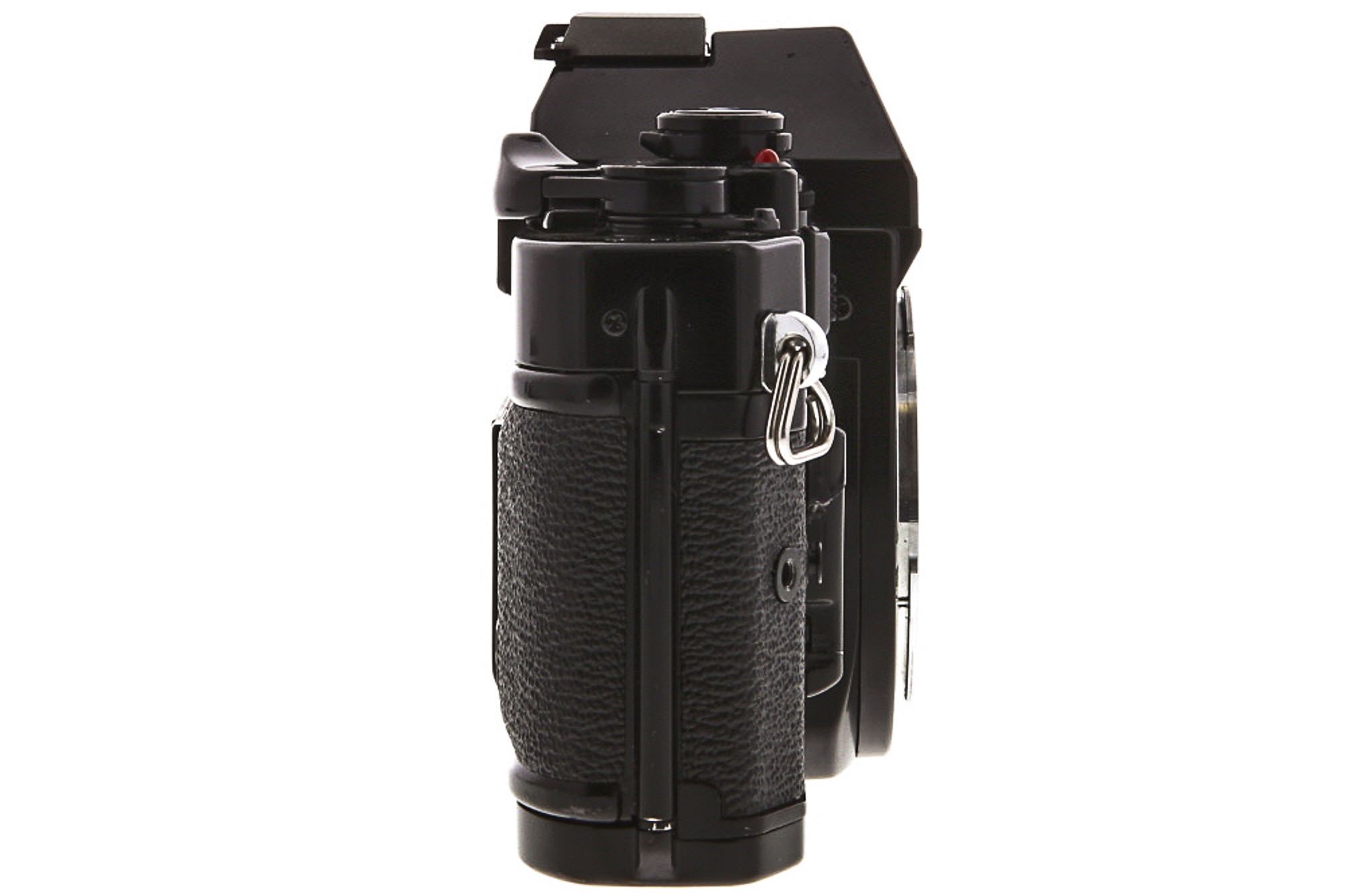 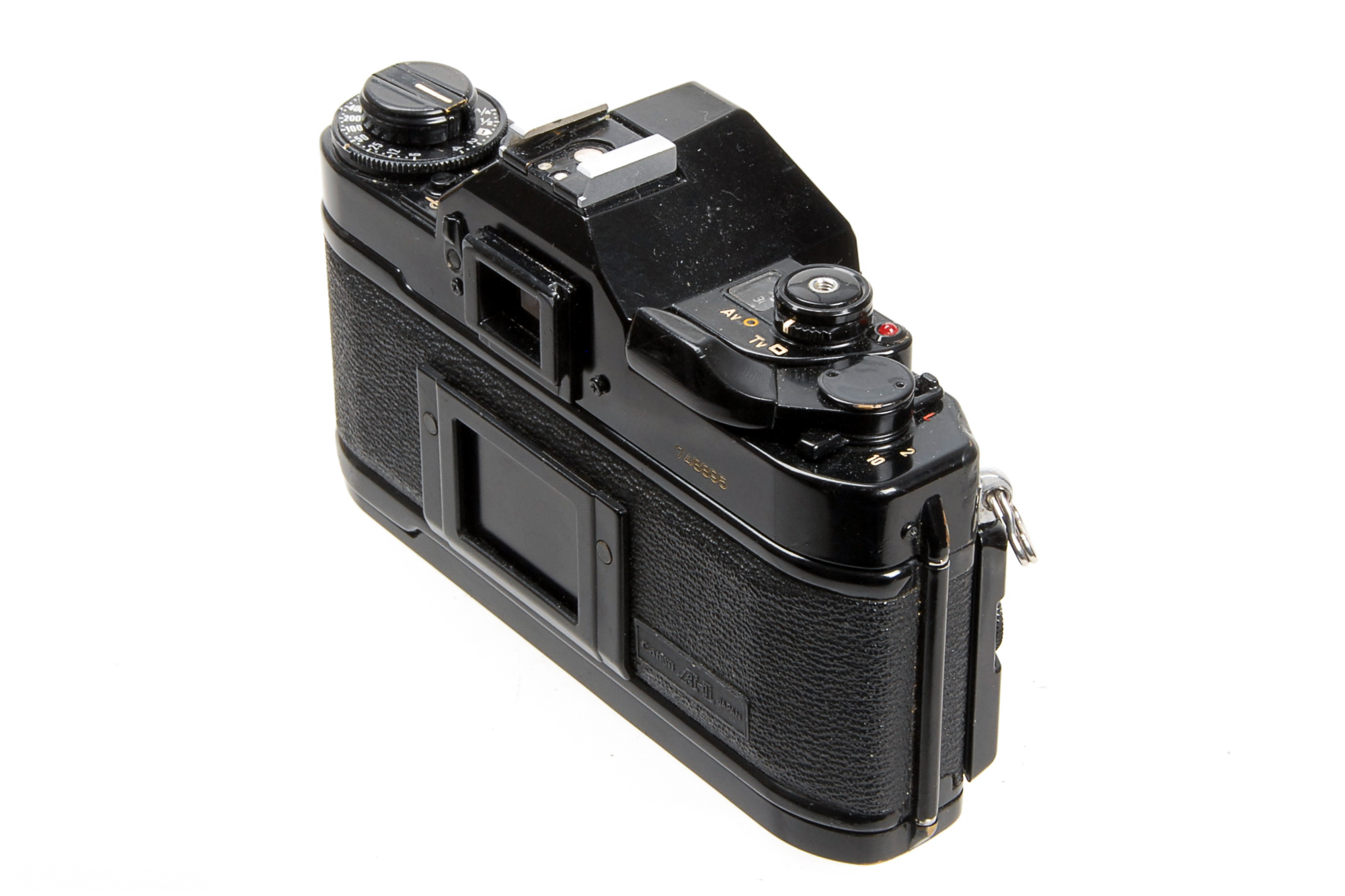 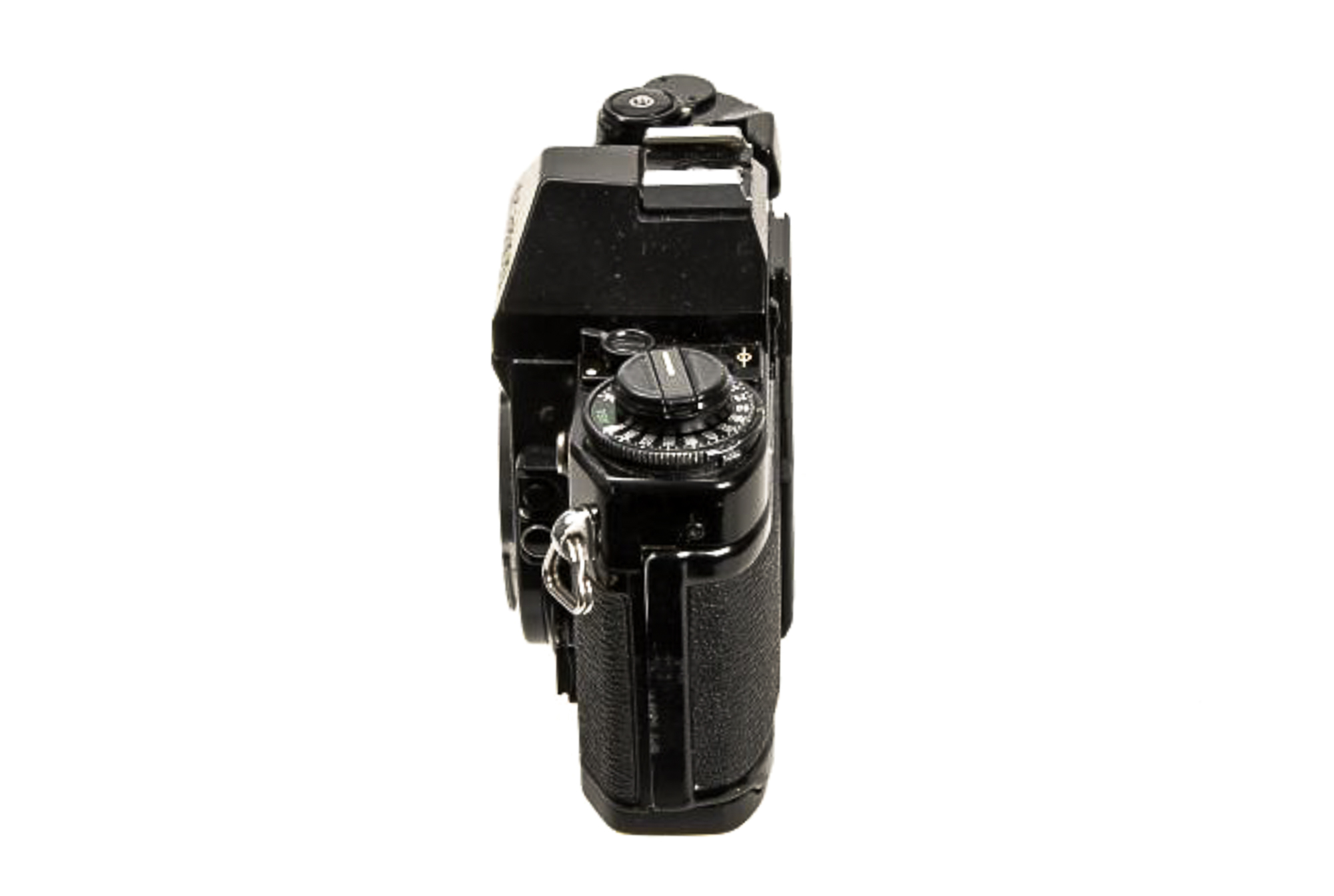 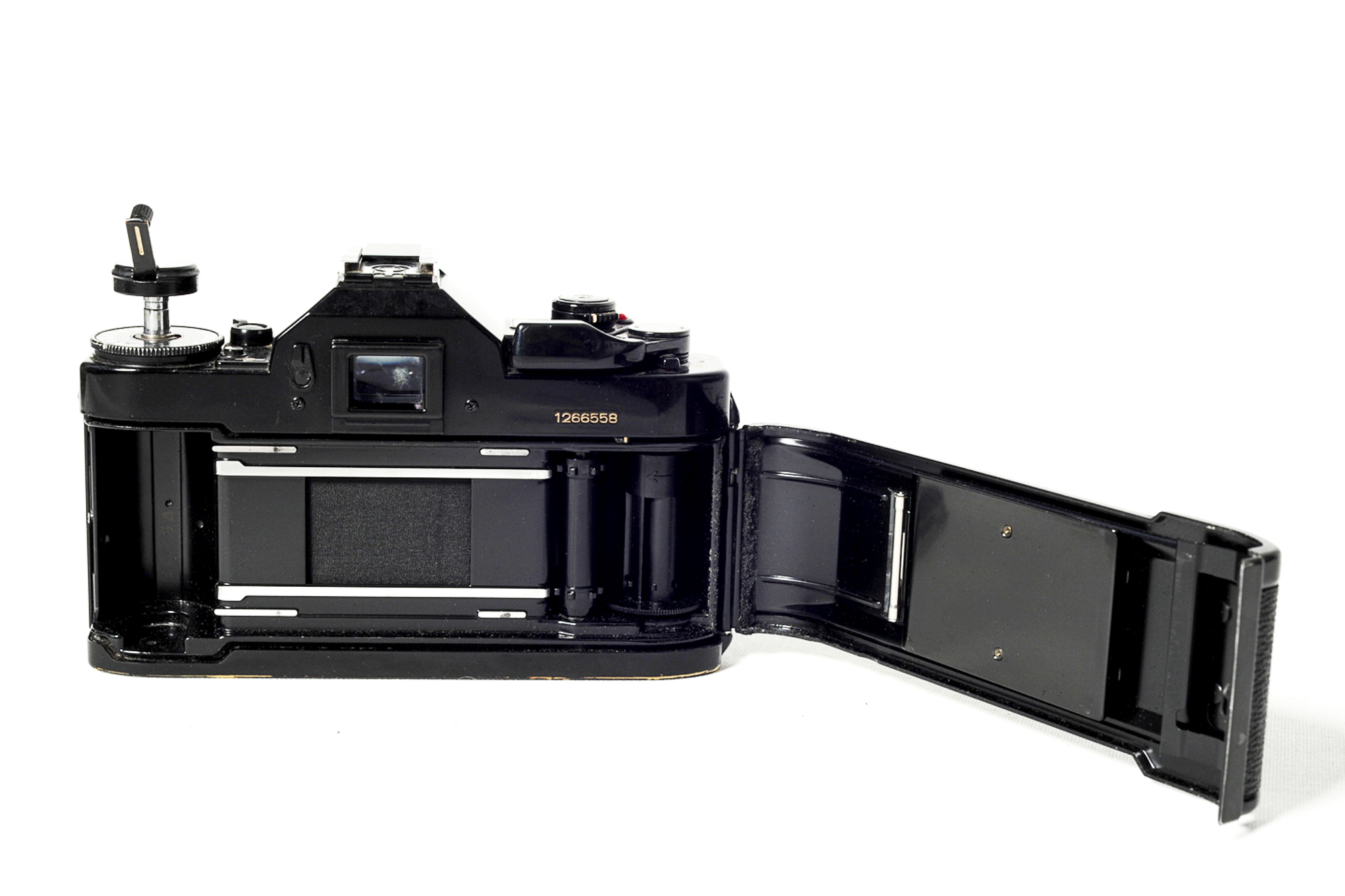 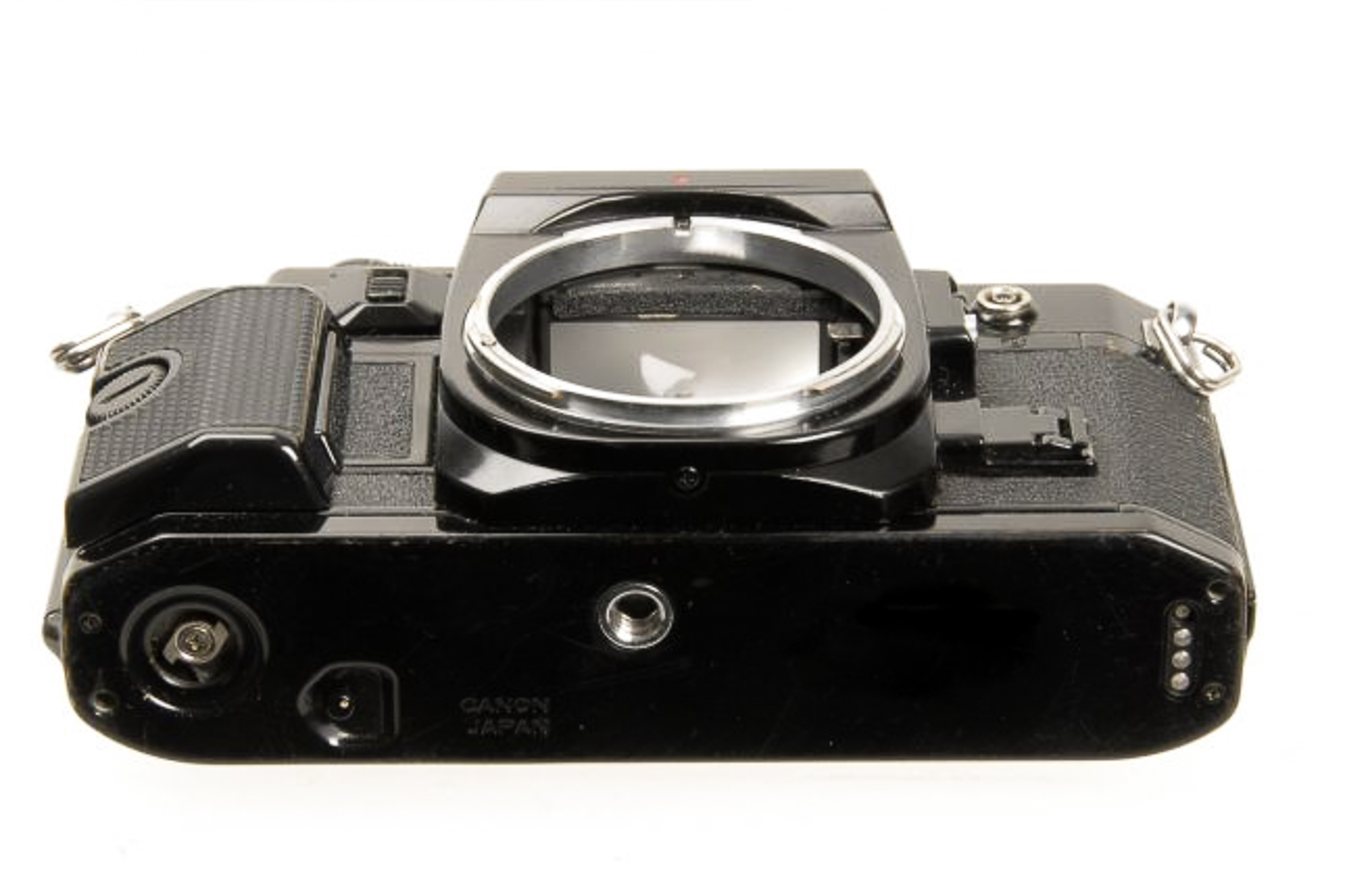 The camera is one of the most simple film cameras I have ever used. Let’s explain the simplicity simply.

This combination of shooting modes set the A-1 apart from the other A-series cameras and other competitor brands, and offered a wealth of features not found in any of the competing brands’ machines. 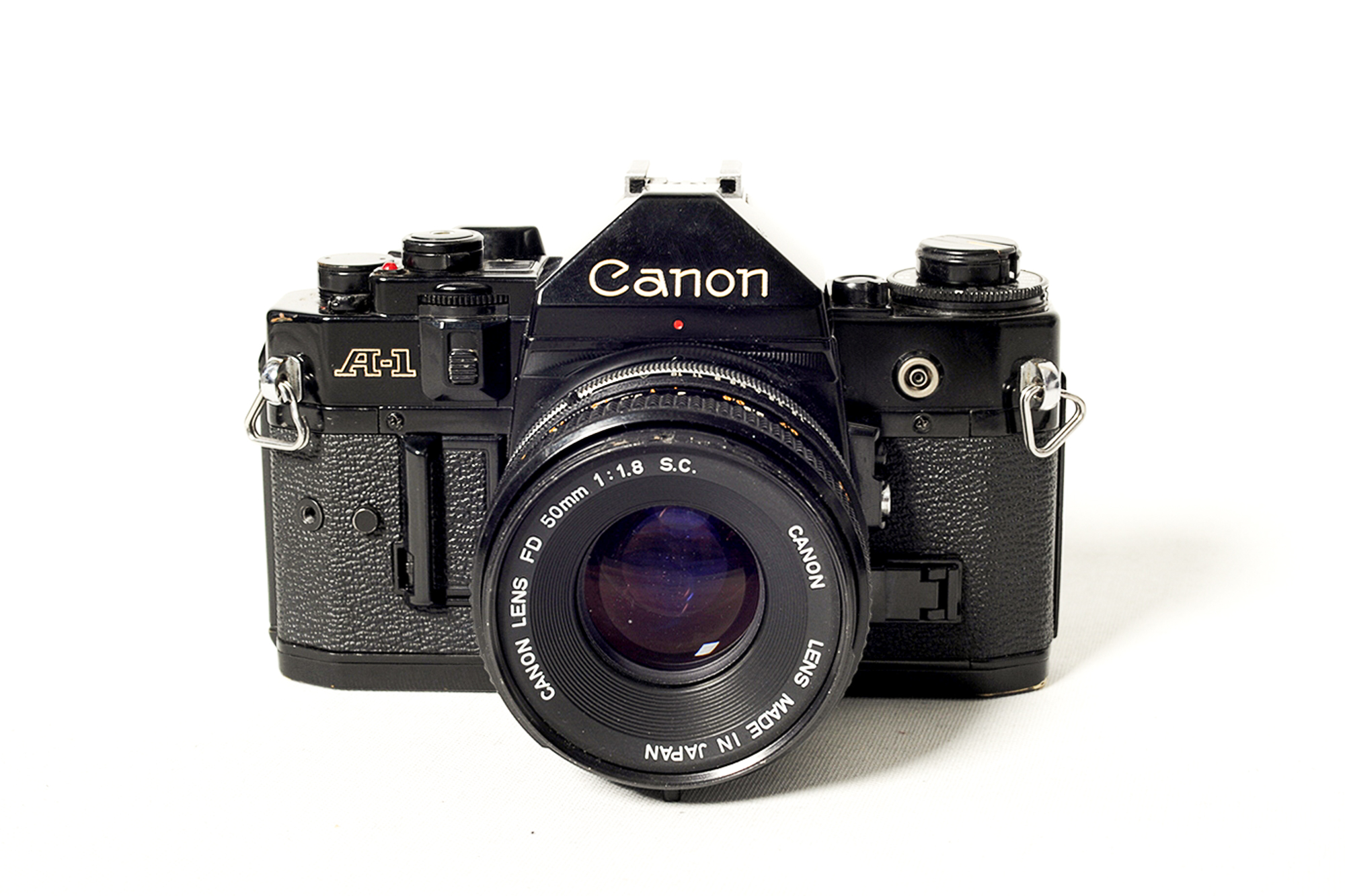 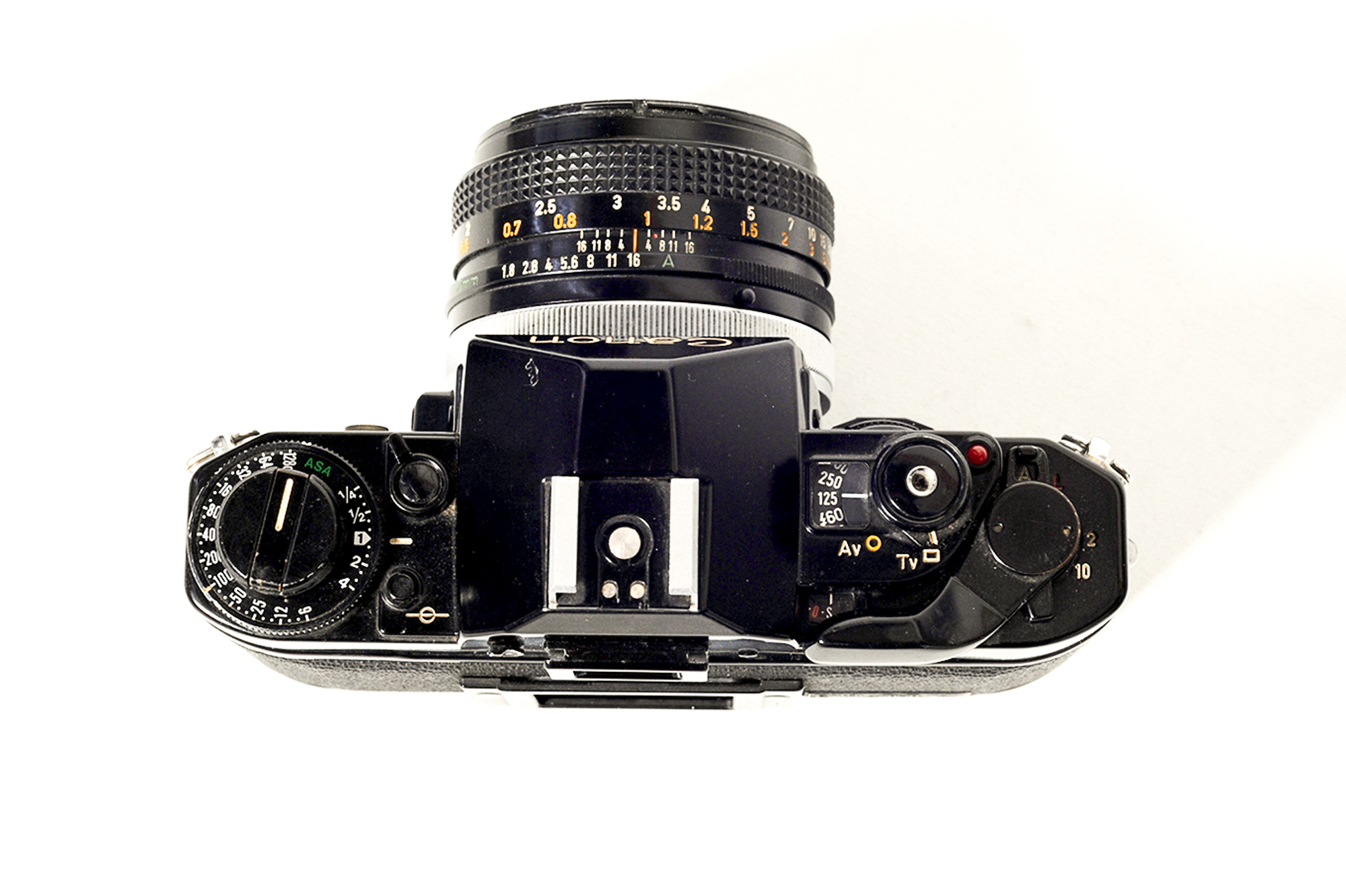 The most beautiful Av-Tv switch

Being simple is one thing, being elegant and triggering the ‘wow’ effect is another thing. If one day you find yourself holding a Canon A-1, just enjoy the satisfying switch between Av and Tv modes :

My favourite details, such a simple pattern to print: 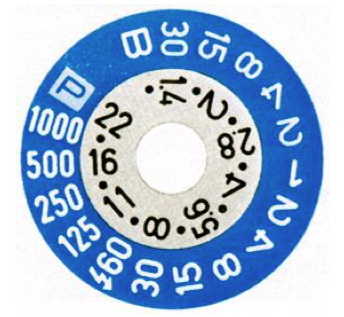 Also note the yellow round for the Aperture symbol and the white square for the Shutter symbol matching the wheel inside frame.

That £20 Nifty-Fifty lens is by far one of the most robust and sharp lens for that price point. The lens is fitted with an aperture ring and is quite simple to repair. This is second generation of the model. Looking to reduce production costs, the lens lost some weight, got a bit shorter, no longer featured a chrome nose, and had one less aperture blade than it’s predecessor. Five aperture blades instead of six. Overall it’s still a great iteration of the lens and it’s also a bit better made than the FD III. Like the FD I, it also has a minimum f-stop value of f/16. 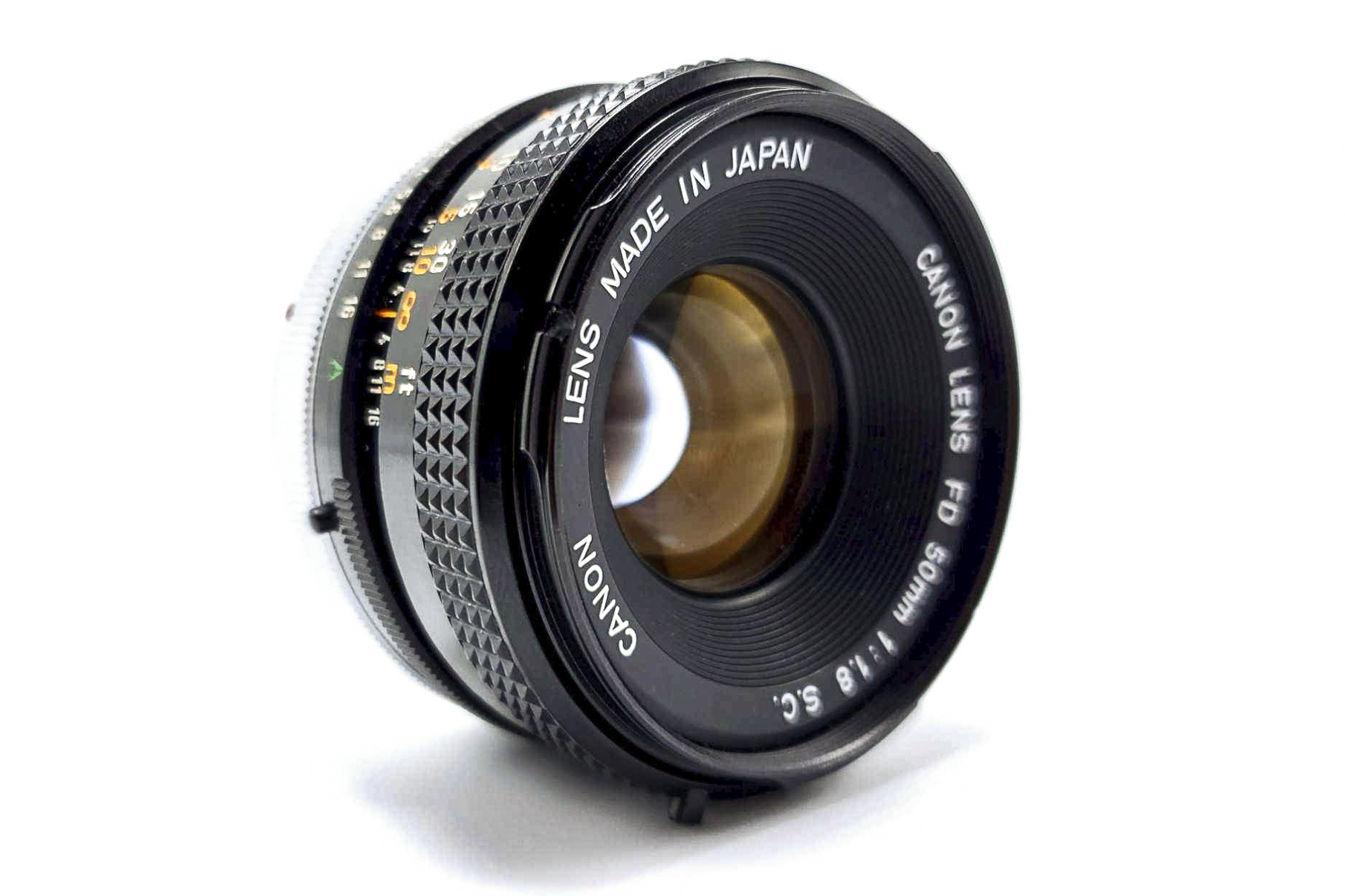 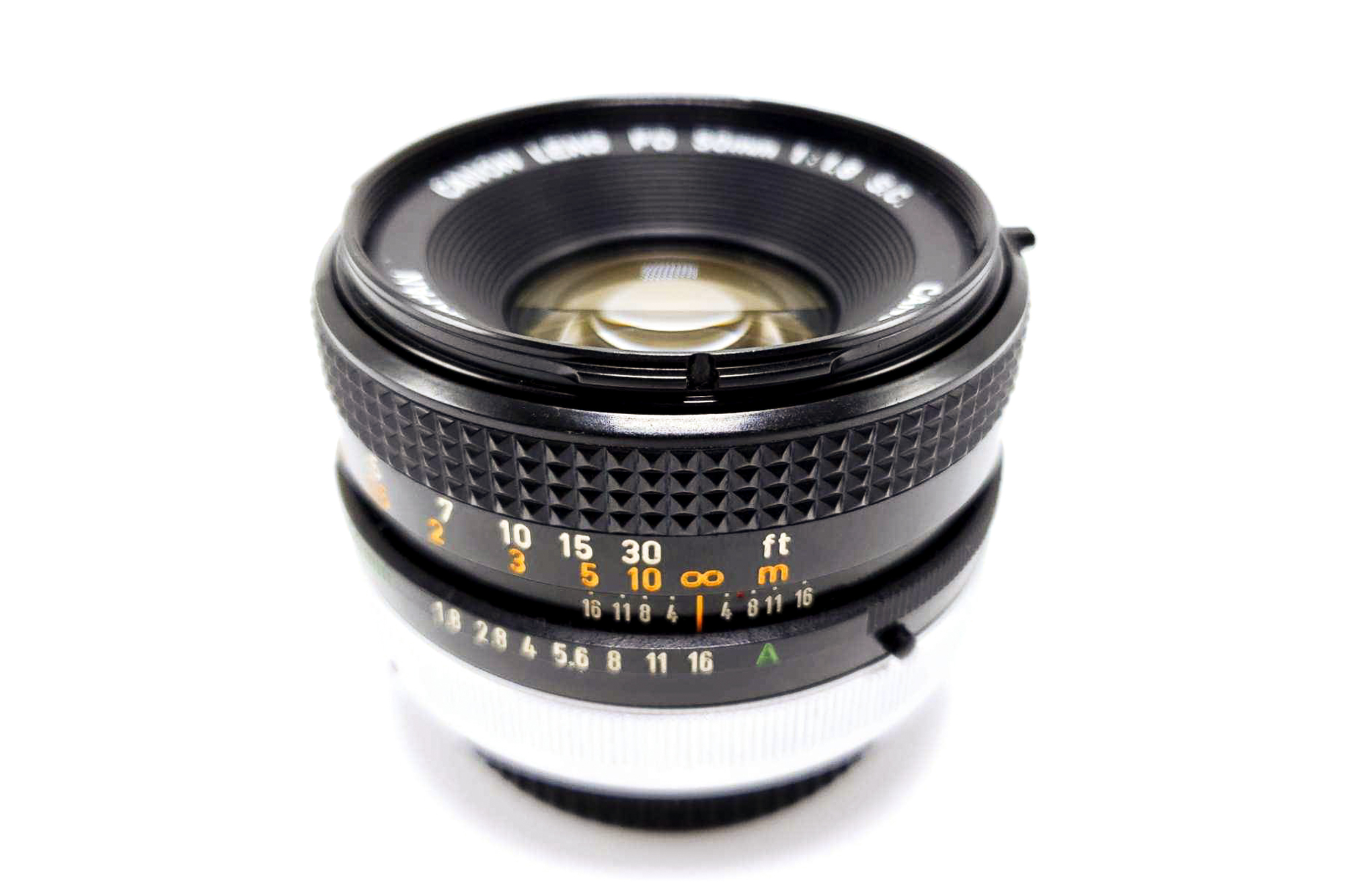 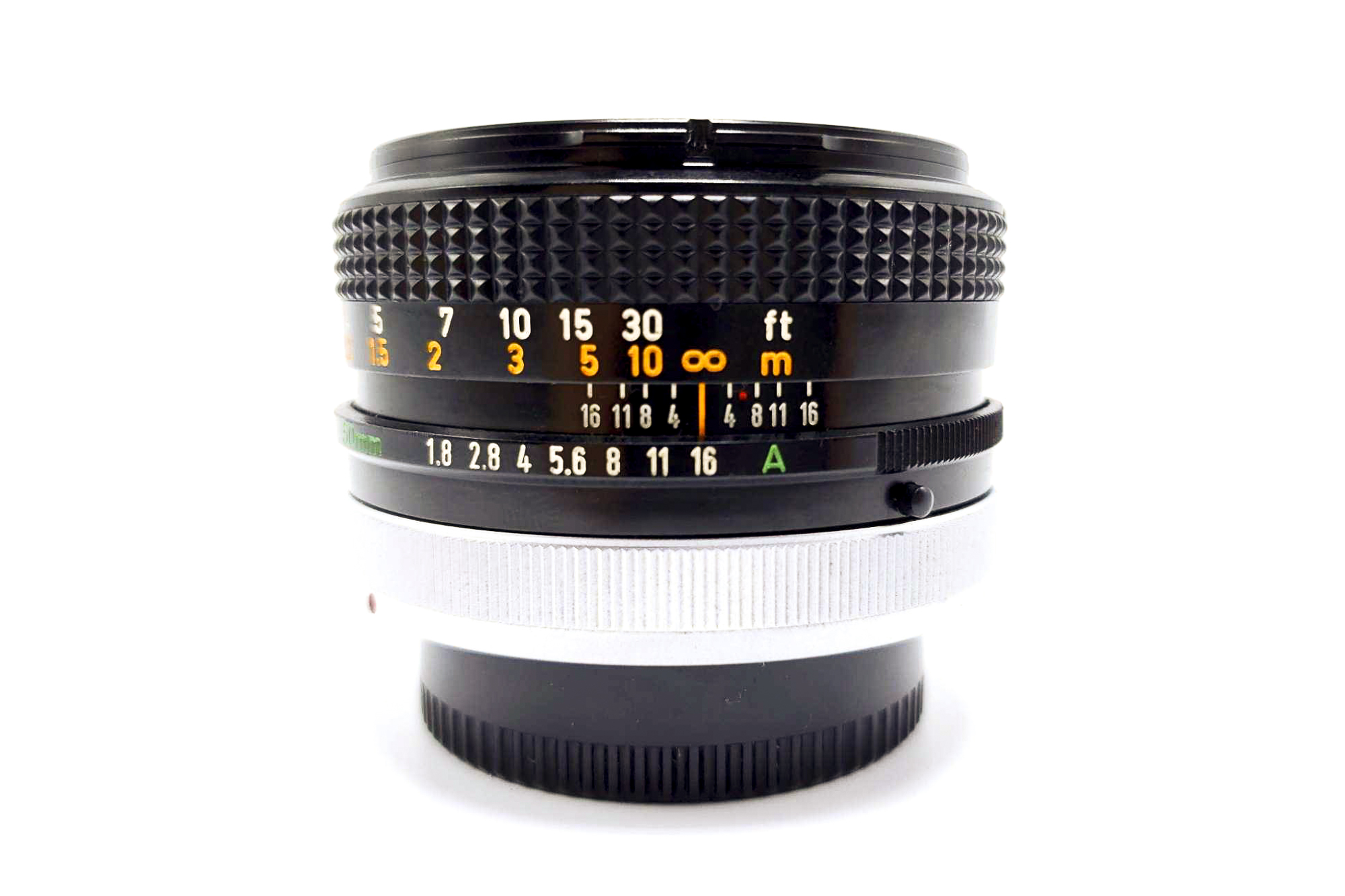 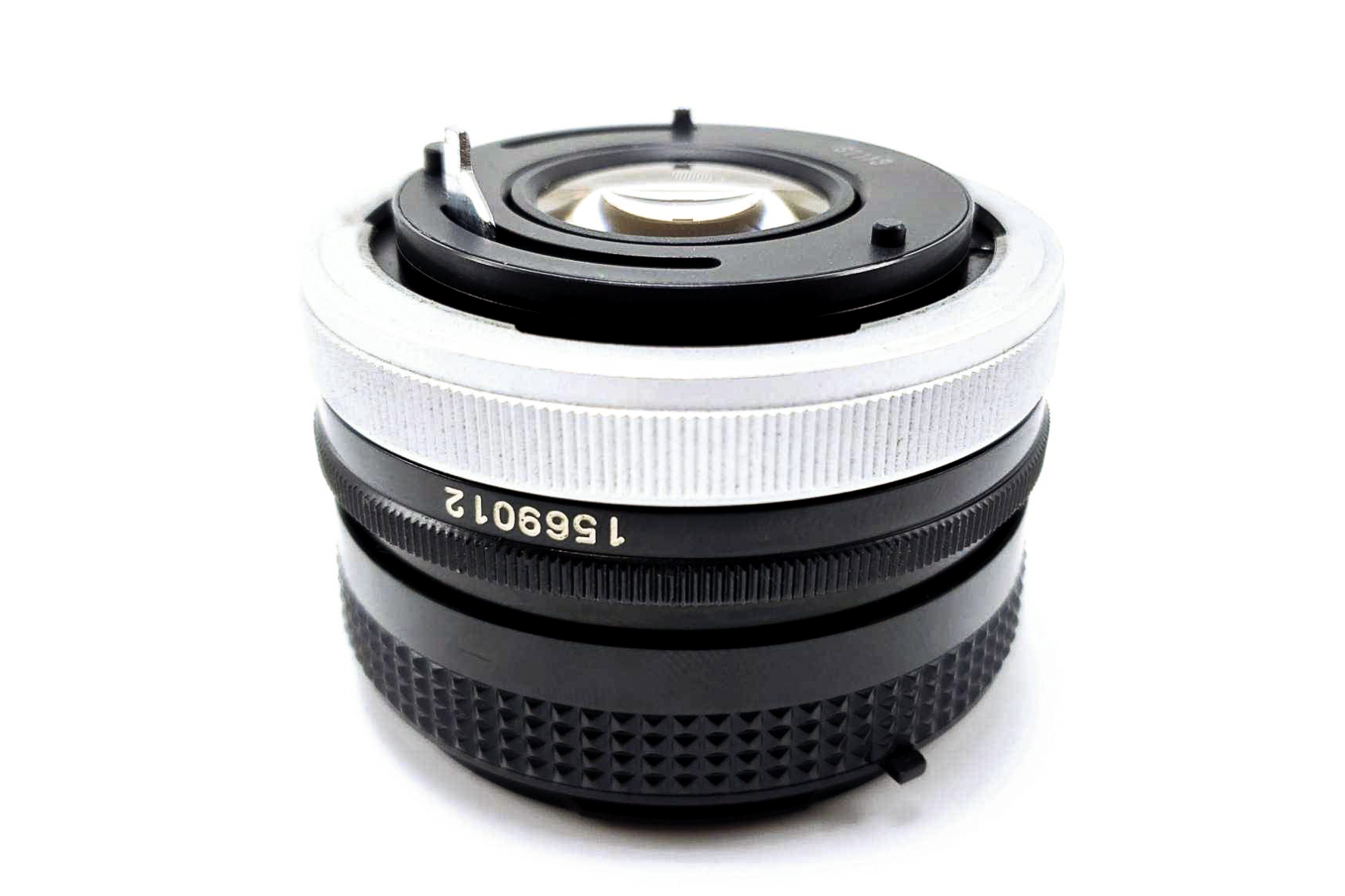 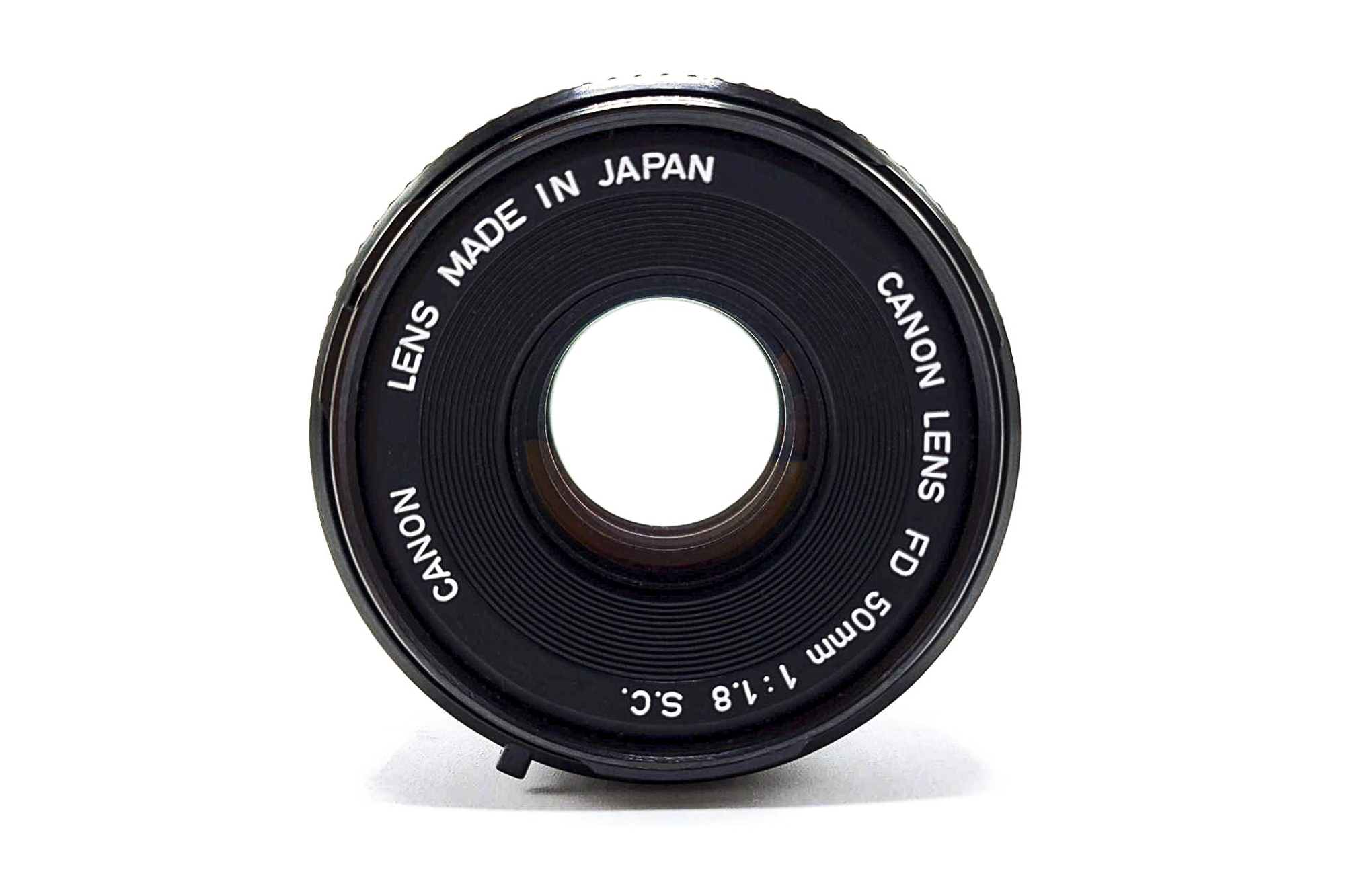 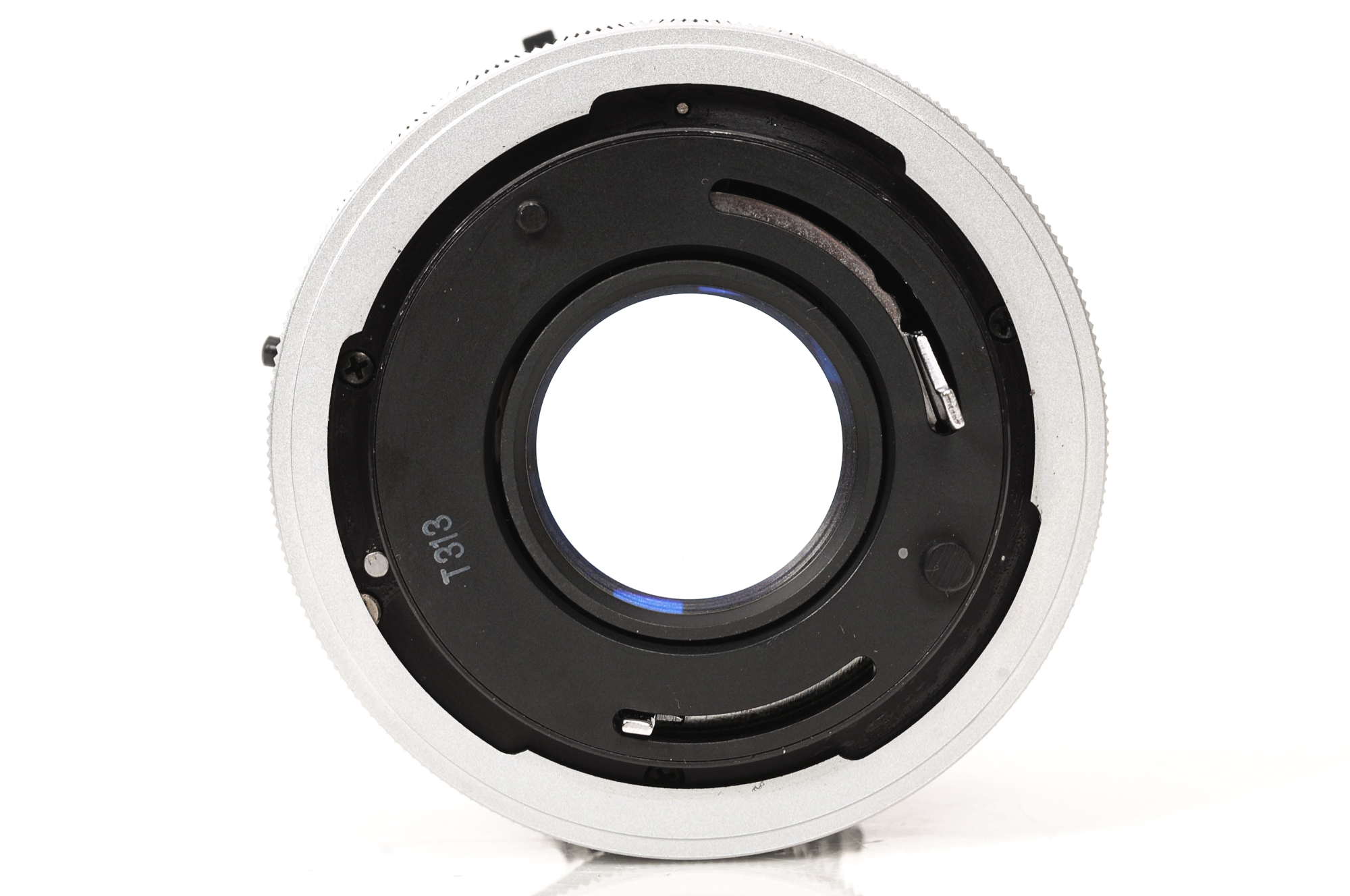 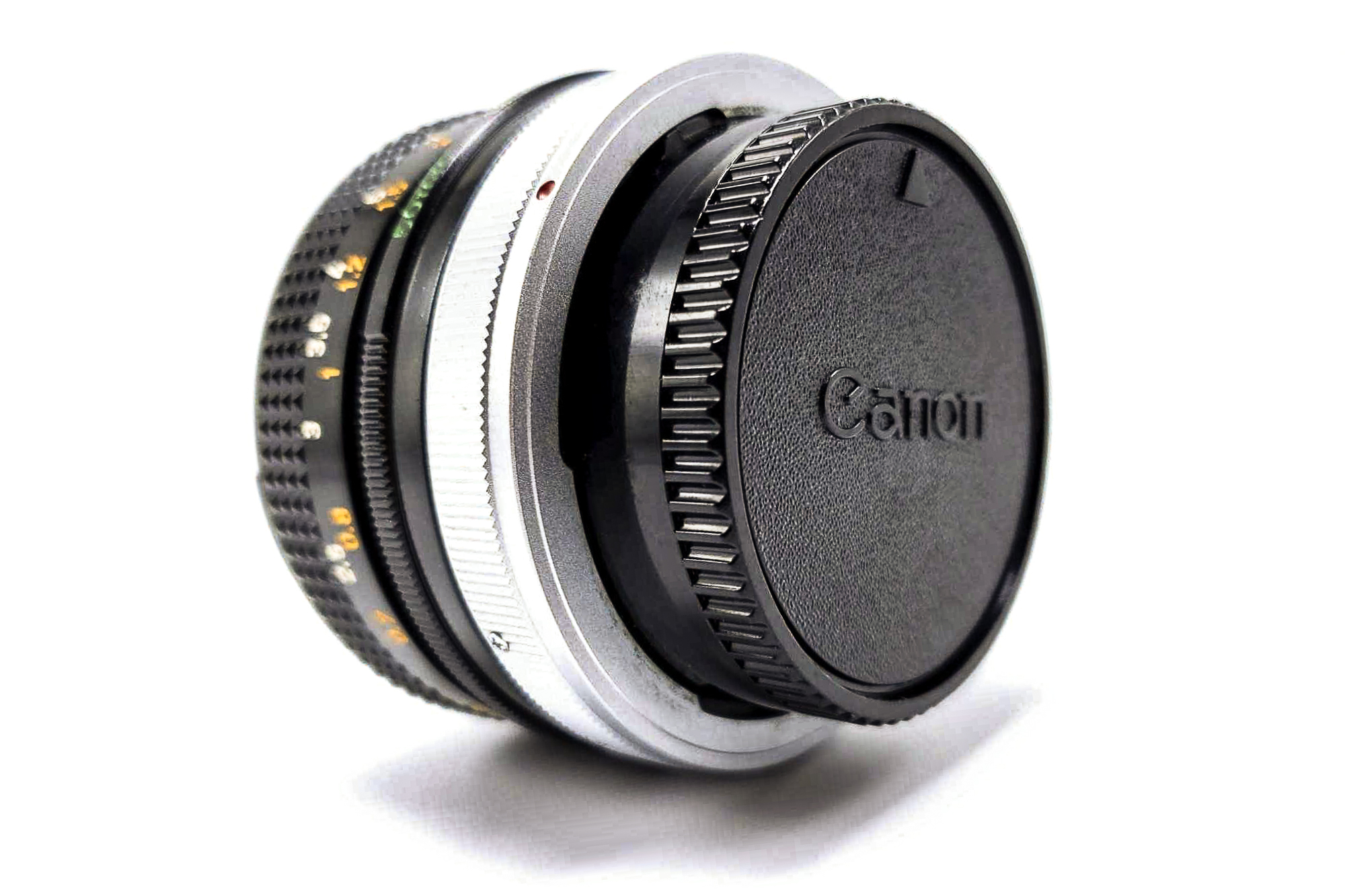 Inside the camera body there is a split image range finder including micro prisms. The image will align when it’s on focus : 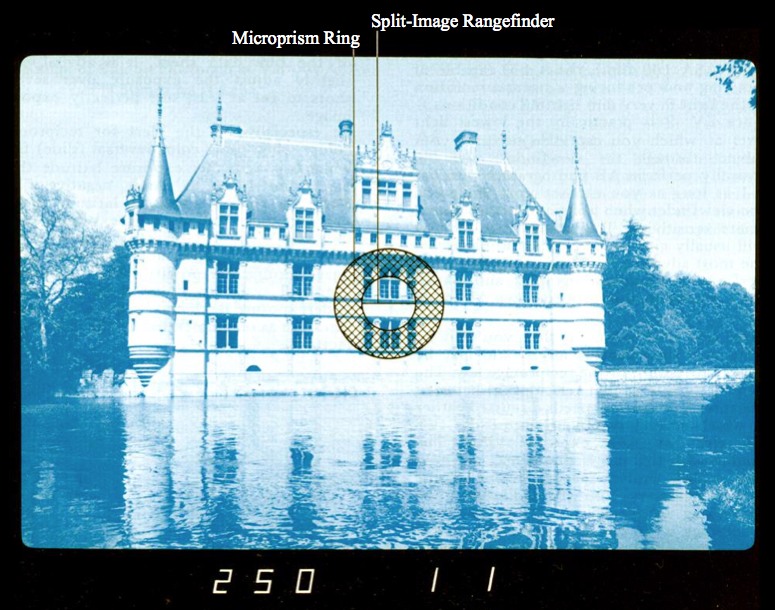 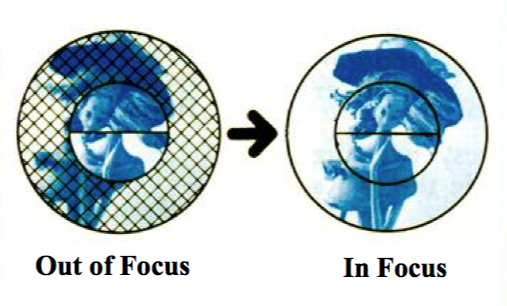 The Speedlite 177A kit flash

The flash extends the capabilities of the camera for low ASA films and is also dead-simple to operate. Setting the aperture selection switch to “M” places the 177A in the manual flash mode. The automatic flash circuit is cut off and flash and camera are switched to regular synchronised flash photography. In this mode the shutter speed of the camera is still switched automatically to the X-sync speed of 1/60 sec. 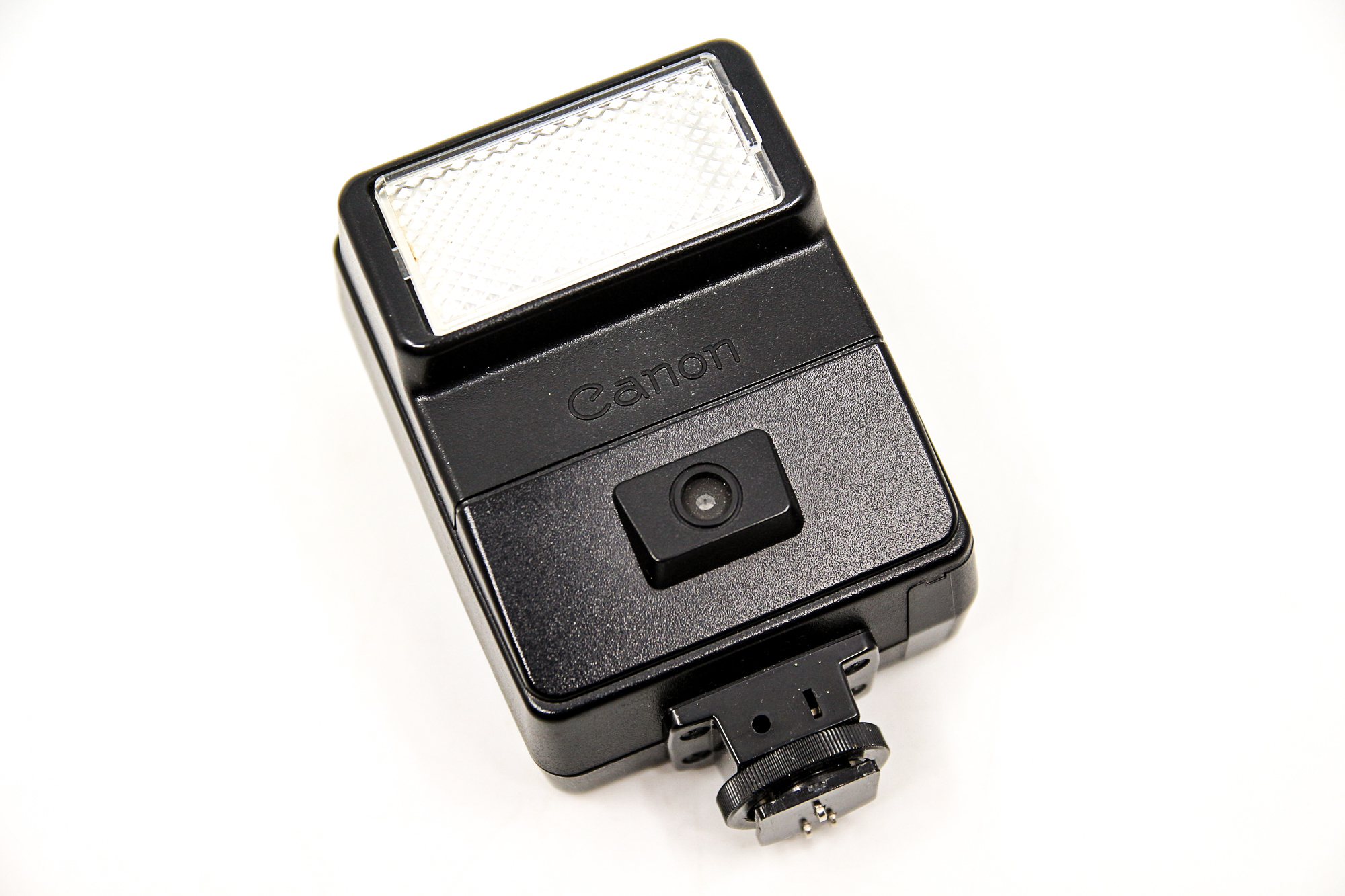 The aperture must be calculated for each change in shooting distance using the guide number formula and then set manually on the lens’ aperture ring. The procedure for manual flash photography is a as follows: 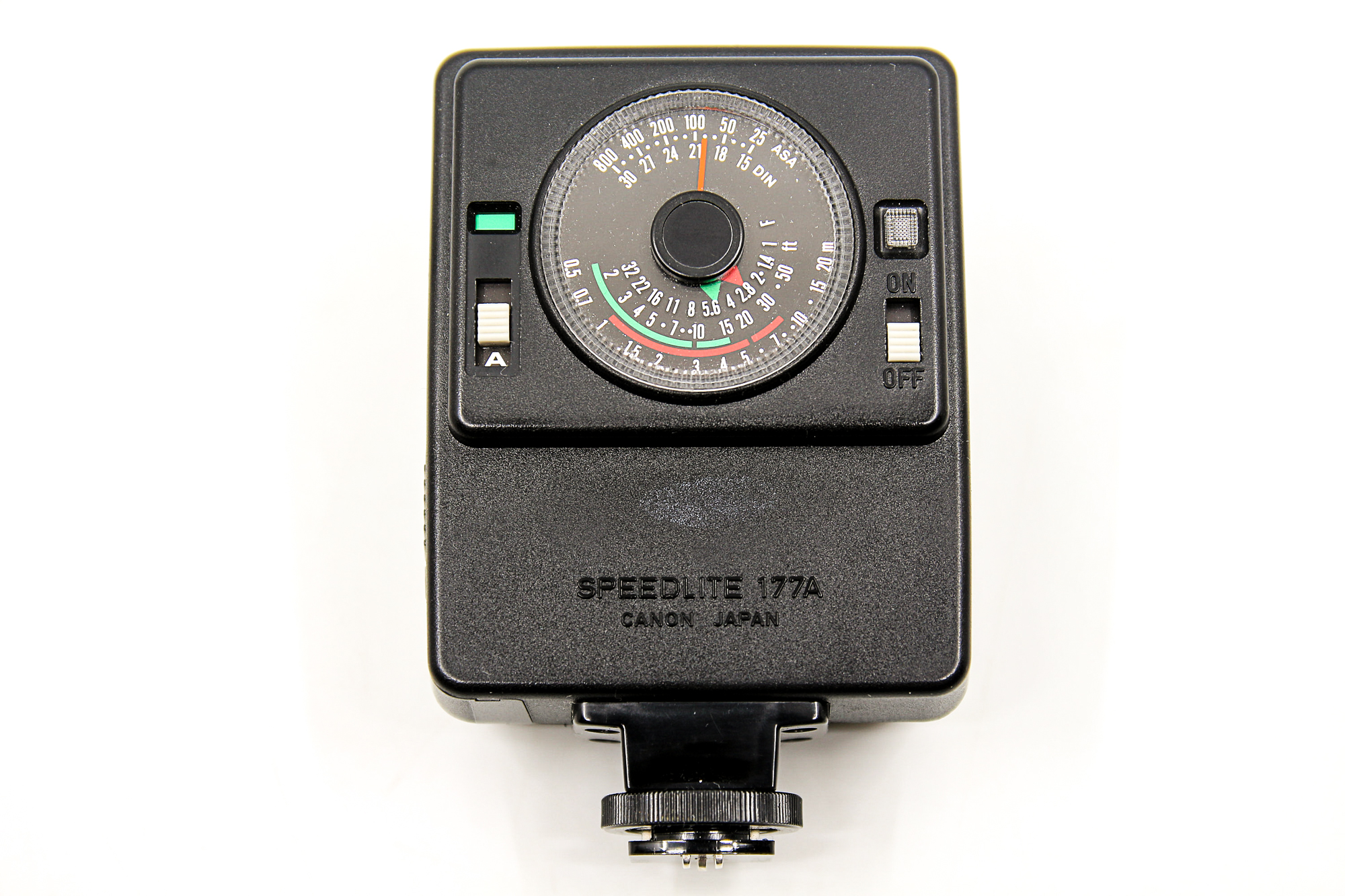 Example, at ISO 100, for a subject who is 2 meters away, set it to Red and select F2.8 or Green and F5.6. The difference will be a more powerful flash. 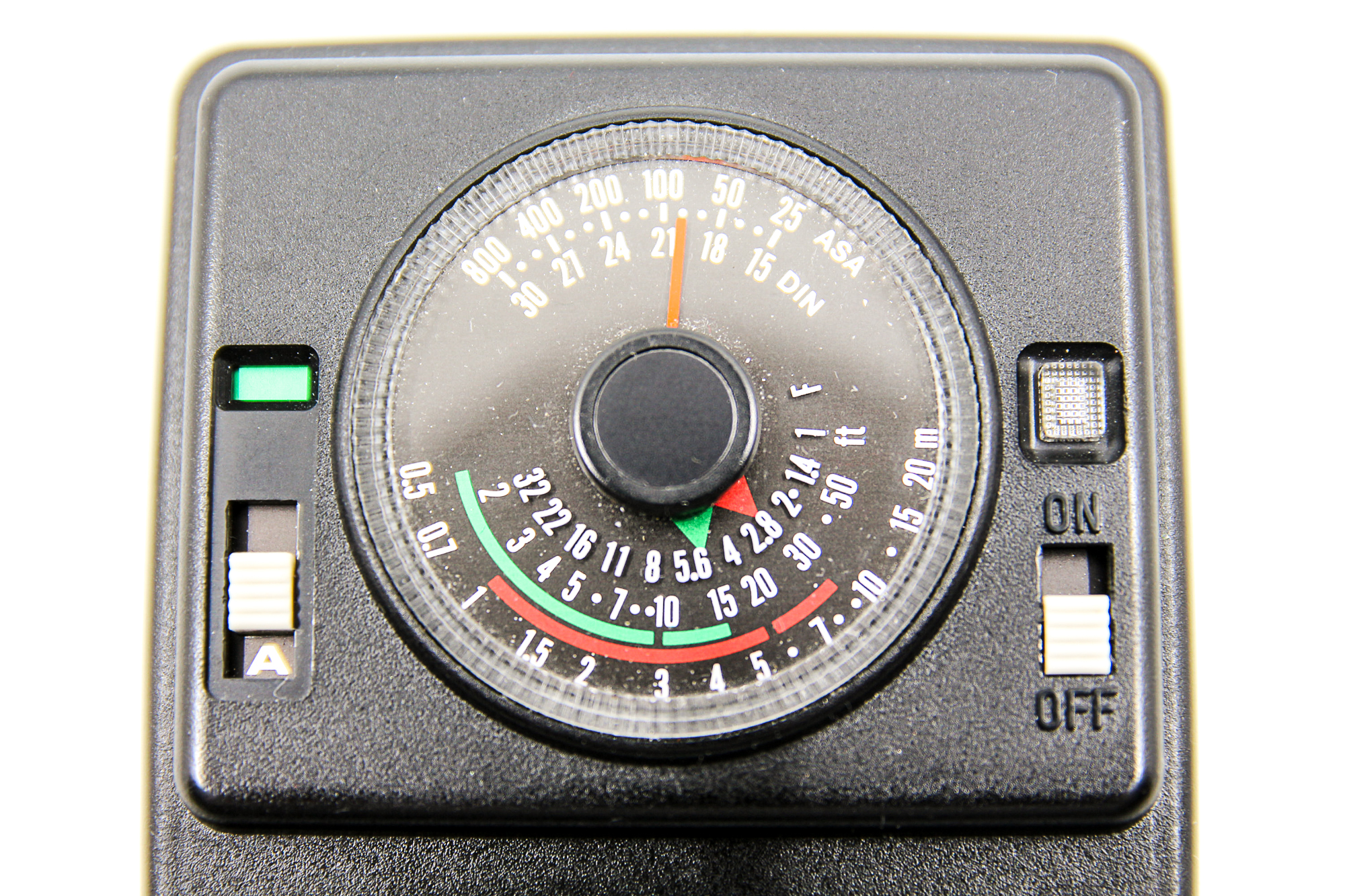 I have very few drawbacks for that camera, one being that there is no clear metering level inside the viewfinder, it’s either blinking or not and you need to know if you are over or under exposed and what to adjust.  The other one is the tripod mount not being aligned with the lens : 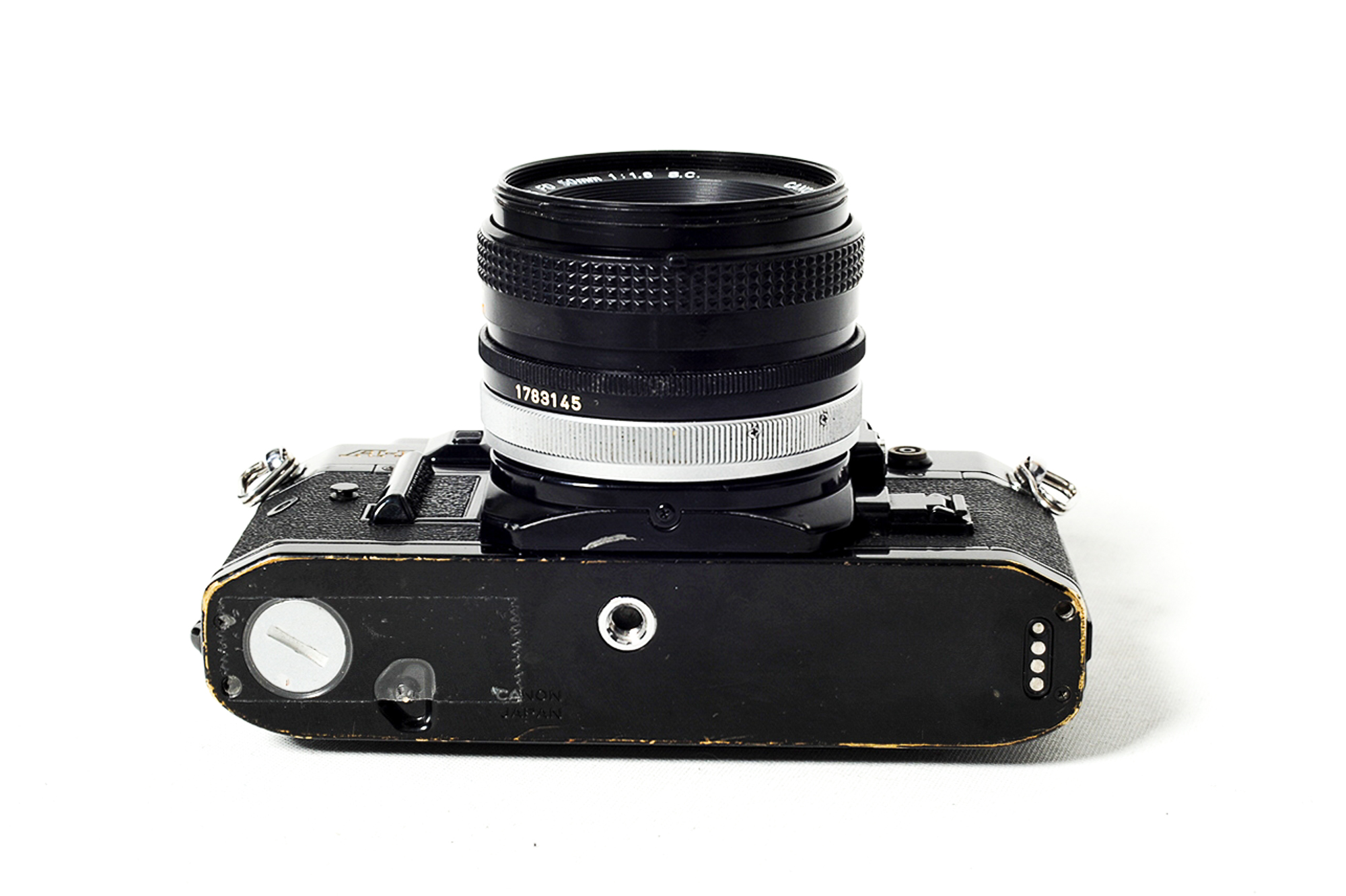 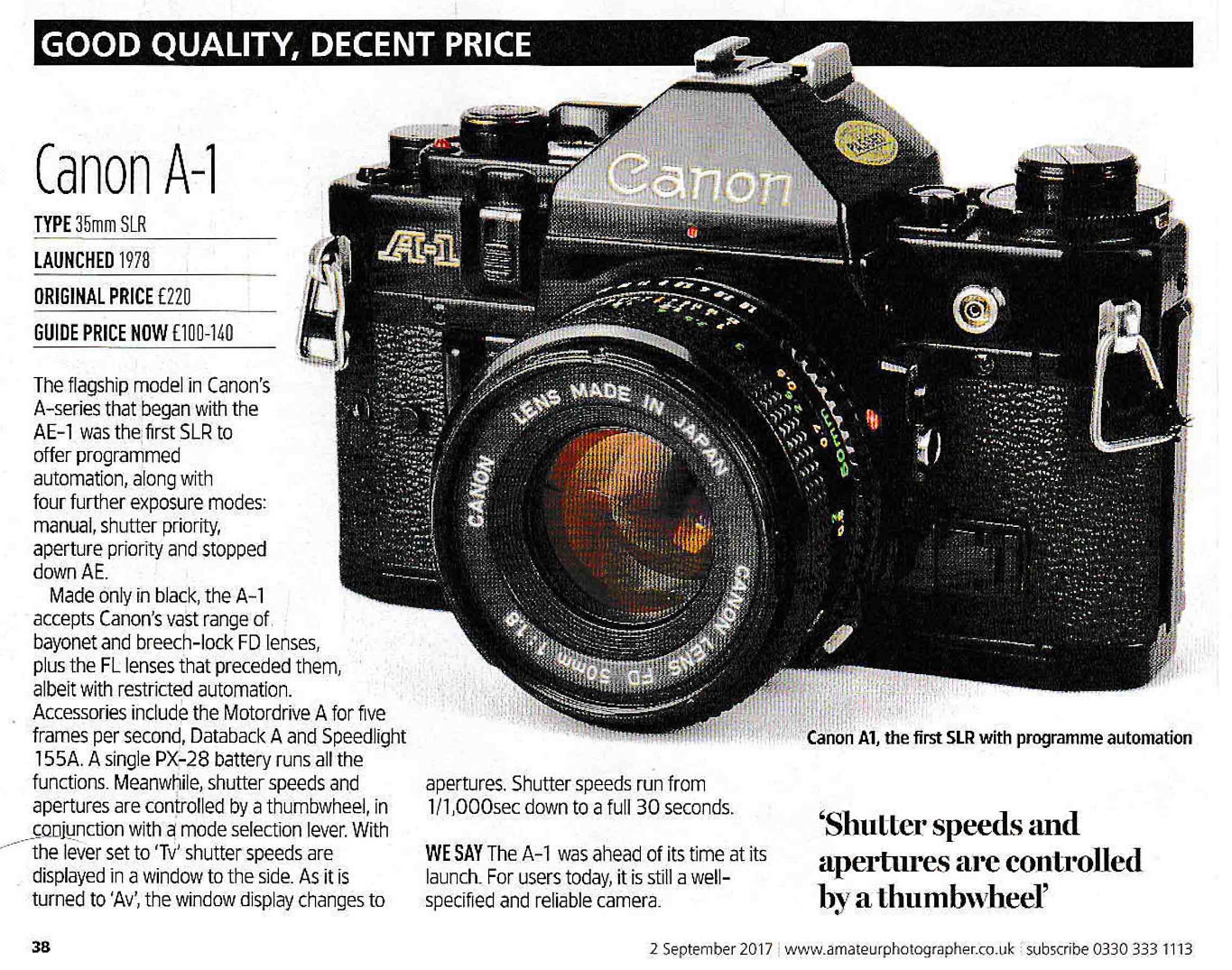